Hakuryuu takes the villager girl and Morgiana to the treasure room for their own safety, leaving Aladdin and Alibaba to confront the three enemies, Ithnan, Dunya and her knight Isaac by themselves. Just like Cassim did once, Dunya impales herself with a Dark Metal Vessel and becomes a Dark Djinn to fight Aladdin, while Isaac crosses swords with Alibaba. The young Magi and his friend find themselves on a disadvantage at first, until they change their strategy and gain the upper hand. However, Ithnan has Dunya assume further control of her power, fully equipping her Dark Djinn, while Isaac somehow recovers from his wounds. Meanwhile in Sindria, Judar flees after declaring that with the barrier protecting the country now destroyed, an invading force from Al-Thamen is en route there to destroy it. As Hakuryuu returns to assist his friends against the enemy, Sinbad and his forces prepare to defend their country from the impending attack by Al-Thamen. 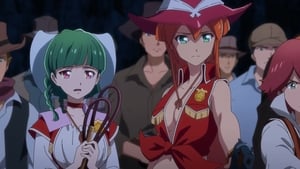 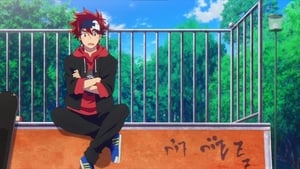 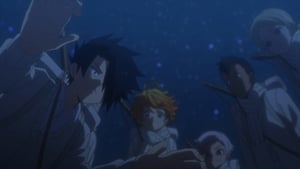