Let's Go to the Screening!

The episode starts out with a person texting a friend of his/her about what he/she can do for an arrangement that could not be fulfilled by this friend. The person finishes texting and the scene goes onto someone chatting. This person is asking a senpai on the chat whether or not the senapi can do the job in place of the person and the person’s friend. The senpai is unable to, but the senpai recommends someone else to ask. “L”, the one recommended by the senpai, comes on and hears the person’s story. The person invites L to come to a meeting place, preferably bringing three friends, knowing that L is in the Classics club. Satoshi Fukube and Houtarou Oreki are on their way to school, as they see a streamer being hung along the school building. Satoshi jokes about how he would like to have some talent to let him reach such achievements, but says it’s impossible. Houtarou notes that he has his “database”, but Satoshi says that he may have such a talent, but it won’t give him the title of “Quiz King”. Houtarou soon argues that living such a talent-filled life is not all flowers and sunshine for the geniuses. He states, those with such talent can’t live a normal life like them, upon hearing this, Satoshi comments that Houtarou would probably be unable to live the normal life that he has stated, adding that Satoshi Fukube would be a man of no talents but he would withhold his opinion on Houtarou. Houtarou tells Satoshi that he has terrible observational skills for not agreeing that Houtarou is living a normal life. They then hurry so they can arrive at the meeting with Mayaka in time, but they stll end up being late and get scolded at by Mayaka. Eru is also late, and Satoshi is frustrated at the difference in the treatment of Mayaka to Eru and them. Eru comes in, apologizing. But she is filled with excitement, as she asks the club members go to a screening. Class 2-F is screening a mystery movie for their cultural fest event, and a member of the class invited Eru to come and watch it. She was late for the meeting of the Classics Club due to her discussion with the aforementioned member of class 2-F. The four then head for the Audio Visual Room where the screening will be. As they enter, they are greeted by Fuyumi Irisu, the class member who invited Eru. After Eru finished introducing the members of her club, Fuyumi introduces herself. Satoshi then talks to her after she stated her name, as he remembers the way she amazingly handled a club dispute during the Cultural Festival Committee Meeting earlier in the year. Satoshi is then disappointed when she states doesn’t recollect his presence at that meeting. Mayaka asks Eru what her relation with Fuyumi is, and Eru responds that her family has known Fuyumi’s family for a long time. Fuyumi has also helped her a lot during her younger days. Fuyumi wished for Eru and her friends to watch the movie so that she can receive some honest opinions on it. Houtarou states that he does not see the reason in watching the movie if they are only watching, he then asks if it’s for advertisement, but Fuyumi answers that it would be more efficient for them to just watch it for now. Houtarou agrees upon this response. As she goes off to start the movie, she explains that the movie still has no title, only having the title as “Mystery” for now. She says “Good luck,” to the four, which makes Houtarou suspicious. After they finished watching it, it is revealed that the movie is incomplete and that the real reason for them being asked to watch it was for them to try to guess the identity of the culprit behind the crime in the movie due to the fact that scriptwriter fell ill before the script was finished. After Houtarou finally agreed to help Irisu, they left the Audio Visual Room. While walking home together, Satoshi explains to them that Irisu is quite famous and that her family runs the general hospital that is near their school. He also informs them that Irisu has earned the nickname “The Empress” since the people around her end up doing things for her. He also mentions that they should also have their own symbols. Taken from tarot cards, Satoshi states Mayaka’s symbol would be Justice, Magician for himself, Fool for Eru, and Strength for Houtarou. The next day, Houtarou is about to go to school but suddenly goes back inside the house because it is too hot outside. To his disappointment, Eru came to his house in order to make sure that he goes to school that day. After arriving at the Clubroom, Eru tells them that they will be waiting for a senpai that will lead them to classroom 2-F to meet the amateur detectives of the class in orderfor them to guess the identity of the criminal in the movie and make an ending for the story. They are led to classroom 2-F by Kurako Eba, the best friend of Houngou (the scriptwriter who fell ill). 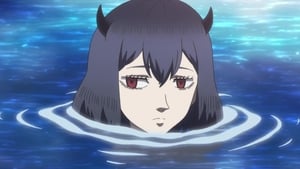 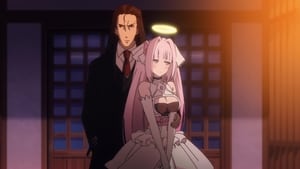 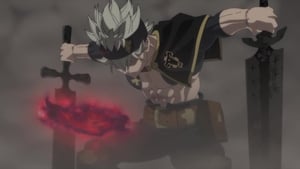 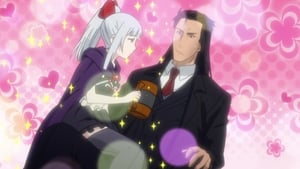 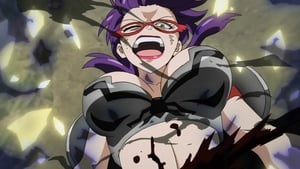 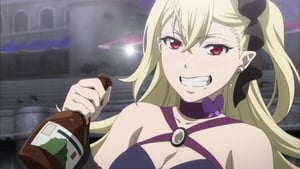 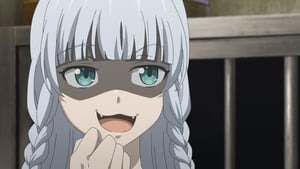 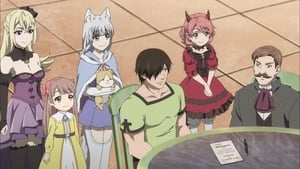 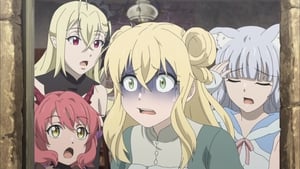