A Corpse by Evening

With the Kanya in full works, it is time for the Quiz Trial 7. With Satoshi, who is still wearing his Saturn outfit, participating in it, he utilizes his “database” to show who is the tru king of trivia. The first part is easy, where all the participants has to either stand one side of a given line, with one side meaning ‘true’, and the other ‘false’. When one of the referees give a trivia, the participants takes their guess, and when the times up, the answer is revealed. Houtarou, Eru and Mayaka are all able to hear the event going from where they are stationed. Satoshi is able to make it to the final four, where the remaining four will be moved to a buzzer game instead of the true-false game. Before Satoshi goes up to his designated buzzered, one other participant calls to him. Satoshi recognize that this person is “Tani-kun” from the Go club. Before they can talk about something interesting that happened in the Go club, Satoshi has to go and introduce himself to the crowd. In this introduction, with the help of the distinguished Saturn outfit, he is able to advertise the Classics club by stating that he is represting this club. With the club being one unfamiliar to many, the crowd is drawn in by Satoshi’s introduction. To make this advertisement more interesting, he tells the crowd that the club was able to unravel a great mystery of the Kanya Festival. When the announcer asks what this mystery is, all Satoshi answers is that it’s a mystery of 45 years ago and if anyone is interested, they should purchase a copy of “Hyouka”. After some fancy twirls, Satoshi feels fulfilled that he was able to advertise the anthology “Hyouka”. 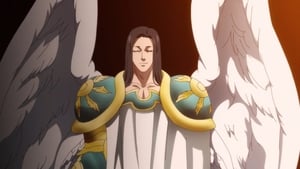 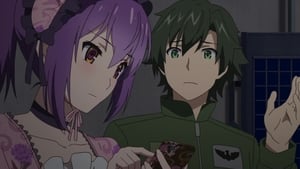