The Sounds of the Waterfall

As the club searches for its last member, Chihaya encounters Yusei Nishida, who she last saw during the elementary school tournament, though he refuses to join the karuta club as he is focusing on his tennis. However, as Chihaya observes him, she finds that Yusei is just using tennis as an escape from karuta. Chihaya challenges Yusei to a game of karuta, where he gradually remembers how he used to play karuta for fun before he was defeated in a tournament by Arata. However, Chihaya’s play style helps remind him how he used to play, and after the match, Yusei decides to quit tennis to join the karuta club. 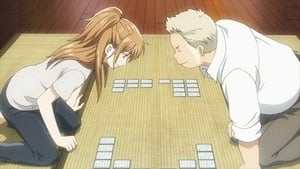